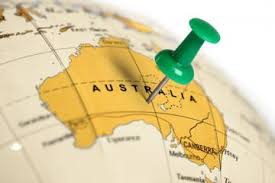 The ability of Australia to compete internationally, particularly in higher education and research, is highly dependent on our capacity to attract and retain top talent from offshore.  A recent and comprehensive OECD study ‘Indicators of Talent Attractiveness’ (May 2019) concludes that Australia ranks highly as attractive to overseas talent compared with other countries.

The study is unique in that it developed a ‘talent attractiveness index’ and considered specific factors applicable to three separate categories of potential migrants. Individuals within each of these categories (highly skilled workers, international students and entrepreneurs) differed in terms of what were the most attractive factors when considering relocation.

Notwithstanding the tightening of visa rules in Australia, we rate as the number one destination for highly skilled workers and number six for international University students. In relation to foreign entrepreneurs, Australia ranked slightly lower at number seven with Canada and Switzerland considered the most attractive destinations. The US, on the other hand, generally considered as an attractive destination ranked down the scale, principally due to the challenging visa regimen.

Switzerland and Australia were the highest consistently ranked countries across the three categories reflecting the favourable labour market, attractive work and living environment and positive investment conditions. Of the 35 countries that were investigated Israel, Greece, Mexico and Turkey were seen as the least attractive destinations.

In formulating the study, the OECD considered areas of importance to potential migrants including quality of opportunity, income and tax, future prospects, family environment, skills environment, inclusiveness, quality of life and visa regulations.

The study also highlighted the existence of an overall global skills shortage, reflecting that technological change and increased research activities have outpaced the supply of skills and talent.  While not singling out Australia, changes to the visa application and assessment process was noted as having a significant potential impact on the attractiveness of a country.

Australia has some ‘natural’ advantages when compared to many other countries including the living environment and native English language. However, the study serves as a reminder to policy makers and institutions alike that they cannot rely on these factors alone to attract high performing talent to this country.  A more strategic approach is required at all levels to secure Australia’s international competitiveness.